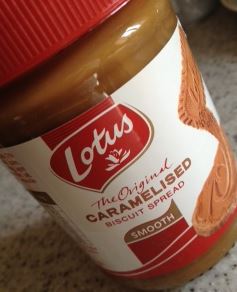 Speculoos spread – that unique blend of spices in that unique cookie base made into a spread – has made waves in the foodie community. People seem to absolutely love its sweet creamy texture and its flavour. I’ve had real speculoos and they aren’t what Lotus sells which will be why Lotus calls them “caramelised biscuits”. But then again I don’t like most supermarket chocolate chip cookies as much as home-made.

Lotus have made a spread out of their biscuits which is both a good and a bad thing. Good because you finally can enjoy their cookies as a breakfast food without feeling guilty but bad because you can slather several inches of spread on your toast (OK – I exaggerate – up to an inch before the structural integrity of the bread is threatened) and eat far too much of it. 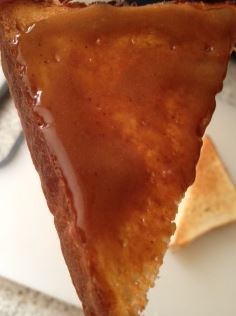 This spread was creamy but I found it to not be as flavourful as the Dandoy one. This is lighter in colour and aimed at a more mass market so it could be that Lotus wanted broader appeal and so calmed the spices down but it left me wondering what *exactly* they pit in the spread which looked to frighteningly similar to peanut butter I wanted to fool my friends with it.

Overall I’d have liked a bit more depth to the flavour. A bit more intensity so that it was really smack-you-in-the-face-with-a-fish obvious that I was eating a speculoos spread. I guess for that I’ll have to stick with Dandoy.