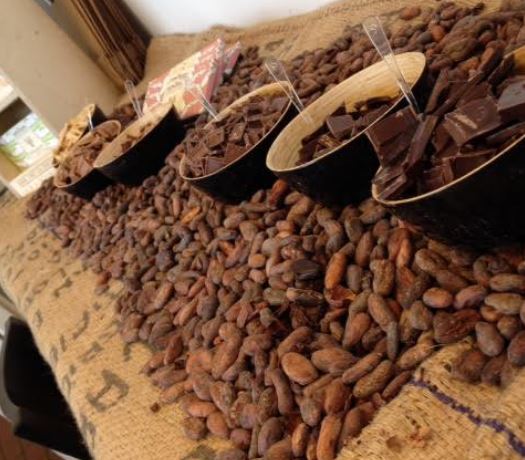 One of the most magical places on earth is Iceland but it is also one of the most remote. Game of Thrones has made Iceland one of the hottest tourist destinations. It’s also a bit cheaper since it went broke and caught on fire in that whole insurance thing – er – economic crisis and volcanic eruption.

The Om Nom factory is actually difficult to find. It is slightly hidden or perhaps I could say it is masquerading as something else. It is masquerading as a gas/petrol station. Yes – the factory is in an old disused petrol/gas station! It is the most amazing place run by the most passionate people who get the whole family involved. 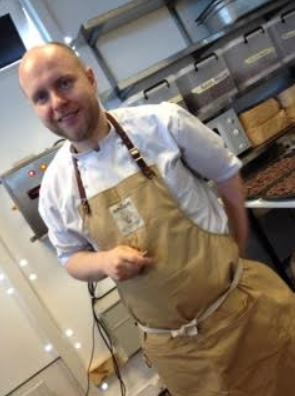 Luckily one of the founders spoke English (as the vast majority of people I met in Iceland seemed to) and so I managed to convince a friend to drive me out of Reykjavik to the hidden (but not secret) location of Iceland’s first and I believe only bean to bar chocolate maker – Om Nom. We communicated over Twitter as I tried to find my way to the factory in a country I’d only ever wished to visit but had never really been to before. Google wasn’t helping and the amount of time I was transfixed by the landscape wasn’t helping either.

Iceland is a place of rugged beauty. At least I believe it is because I was so badly hung over when I went around it I’m not fully sure that my impression was wholly accurate. From the gorgeous (but loud) waterfalls, to the glaciers or the geysers, everything in Iceland is raw and so close to the origins of the planet it hurts. If you are hung over it hurts – I’m sure it’s perfectly fine if you are sober or, you know, not hung over so badly you can’t even eat after sleeping sitting up. Me and cask-strength rum haven’t spoken since that trip (ouch). 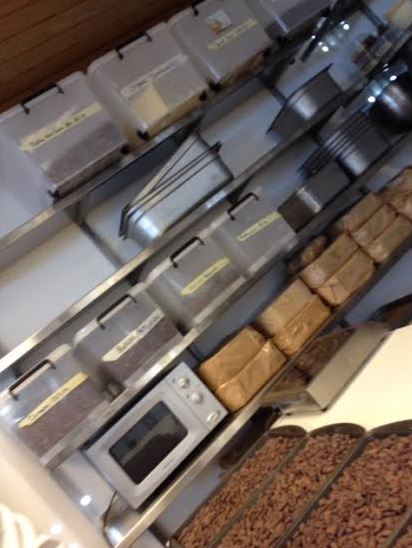 The inside of the station has been transformed in sight and smell by the many chocolate melangeurs and roasting beans. It is a fantastic space with the perfect place with very little light or heat to store the beans and the perfect space to make the chocolate. While Iceland does get warm and it is the land of the midnight sun which is no good for chocolate, this venue offers the perfect protection for the chocolate. Icelandic bean to bar chocolate to be precise. 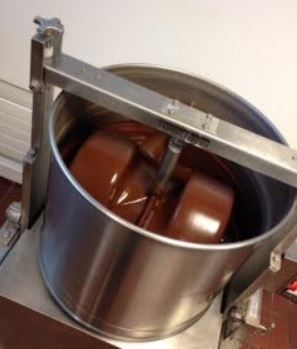 When I visited they had received some amazing Papua New Guinea beans and we spoke about testing the beans before roasting as well as quality control. They are passionate about quality beans as well as roasting them just right and getting everything just perfect. 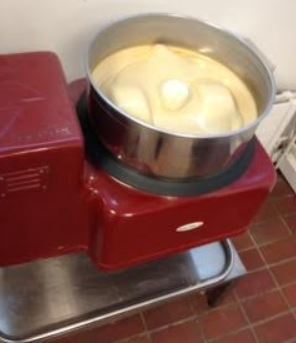 It isn’t just PNG chocolate that they were making but also had some Madagascar beans and Madagascar seems to be their favourite origin. They buy their beans direct and get them straight in to their factory in Iceland. Their bean storage area had a number of different bean bags all ready to get roasted.

OmNom have the most amazing packaging as well – stylish and design-led the packaging opens in a unique way to reveal the amazing foil-wrapped chocolate inside.  The foil is printed to reflect the paper and the paper is different depending on the chocolate contained within. Different origins and different inclusions have different animals guarding their interior. Each bar in a sense is unique packaging-wise and is fantastic for it. The packaging os one of the things that makes it stand out for me – the packaging and the taste that is 😉 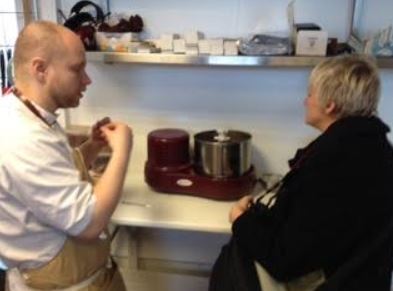 The chocolate itself takes some bold leaps whether it is the percentage or the inclusions, they combine mad genius with passion for chocolate to create something special. They dedicate one entire machine to milk unlike other micro-batch bean to bar makers in a bold move and roasted on trays when I was there but I have a feeling they moved on. They couldn’t roast and mould on the same day because the station held the heat from the roasting so well. They had so much going on in such a small area it was amazing.