Our Love Affair with Chocolate 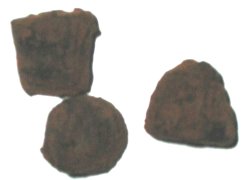 From the ancient civilizations of Mesoamerica, to Homer Simpson and the Oompa Loompa’s – chocolate is a divine, luxurious adventure for the taste-buds and the mind. Mind-blowing taste aside; how many times have you found yourself feeling angry, sad, overwhelmed, lonely or stressed out and headed for the pantry to raid your secret (or not so secret) chocolate stash?

Chocolate offers far more than a solution to hunger. It’s not just about the flavour but the sensation; aroma, feeling of satisfaction and combination of ingredients that often triggers the reward pathways in the brain. So why does chocolate have this effect?

There are varieties of chemicals in chocolate that can have a continuing physiological effect on the body. The two principal effects are that of the sugar and caffeine. Depending on the sugar content of the particular chocolate bar, most people will experience a sugar high. Along with its caffeine content there is a likely increase in energy levels. Theobromine; a natural stimulant akin to caffeine is also found in chocolate and has a similar, if gentler effect. For example; Green & Blacks Organic Dark 70% Chocolate bar contains 6 mg of caffeine and 48mg theobromine per serving (40g). However By way of comparison, tea ranged from less than 1 mg to 90 mg of caffeine per serving (mean 40 mg).

There are of course many nutritional effects from chocolate; the most simple is that typically it is made up of 50% carbohydrates and 50% fats. A combination that we need to survive but is in fact not found in nature (i.e. there are no naturally occurring food sources made up of this carb/fat balance.) Essentially with chocolate all of our Christmases have literally come at once. It’s this balance that is thought to be the most likely reason that chocolate opens up the reward pathways in the brain, directly triggering dopamine release. Dopamine can be defined as the reward chemical, making you feel good for having accomplished a desired task.

Increased serotonin levels in the brain have also been linked to the consumption of chocolate. Serotonin helps to elevate your mood though it is unclear whether chocolate has this direct chemical effect on the body, or whether it is as a result of the enjoyment from eating chocolate. It is also reported that magnesium content of chocolate can cause cravings for individuals who are deficient.

So what is flavour?

It can be defined as from the following:

The impact that chocolate has in terms of flavour and aroma is significant and this is because it contains 600 Volatile flavour compounds. Volatile compounds are the chemical signature of how something smells.

The sensation of chocolate in the mouth is one the most enjoyable factors of chocolate, mostly down to its melting point which is just below our body temperature. Meaning it will literally melt in your mouth. It is also likely that this property allows the 600 Volatile flavour compounds to release, as a result of heat exposure. This combination is very powerful and also rather sexy! It’s this powerful combination of properties that make chocolate such an enjoyable experience and in fact there are those that believe some people can even become dependent on it. Considered in isolation chocolate is not itself an addictive substance and most experts agree that such a dependency is triggered by a combination of additives and psychological factors.

When it comes to marketing strategies certainly the more widely available chocolate manufacturers seem keen to market a love-affair (particularly to women) in their advertising campaigns. Think of Galaxy themes of attraction and indulgence; or perhaps slightly disturbing by today’s standards “The Milk Tray Man”, who would unnoticeably enter the bedroom of a lone female leaving a box of chocolates as a calling card. Not to mention the now legendary “Flake in a bath” advert of the early nineties – that seemed to suggest another kind of bathtime activity altogether!  It is also no mistake that purple is an extremely prevalent choice of packaging colour, traditionally connected with luxury, wealth, quality, fantasy and creativity. A perfect match for Cadbury’s tapping into the emotional satisfaction that an indulgent product affords; furthermore strengthening our emotional connection and enduring love affair with chocolate.

2 Responses to Our Love Affair with Chocolate