#JeSuisCharlie – I too am Charlie 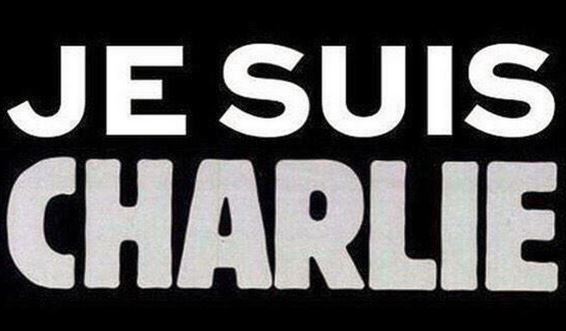 I arrived in the UK in 1996 and got a somewhat technical job. Within 9 months of getting that job, I landed a job with a proper IT company and continued my nefarious online marketing career, learning about packets, TCP/IP, DNS and BIND, and all the domaining internet could teach me. Once spamming became too much like hard work for me, I got a real job in the real world.

My first job in London was in 2006 and I was in publishing for a publisher called Centaur Communications. I loved that job – great hours, fun work, freedom… ah the freedom…

What working in publishing for a publication that reports news does to you is patches into your very DNA something most people believe in anyway – freedom of expression within the law and freedom of press. Going to jail to protect your source is lauded by your editor and colleagues. Writing about the truth is important no matter what the cost.

When three gunmen threatened a mother and her daughter unless she let them into the Charlie Hebdo building, they tried to violently end that freedom of expression. When they began shooting journalists, editors, a maintenance worker and a visitor, they were trying to control the freedom of the press.

Having been born to parents in Canada and living in the UK I have been mercifully free to believe what I want, even if that means believing in the Flying Spaghetti Monster. Being in the UK means I can vote for the Monster Raving Looney Party if I choose to. Being free means I can have a blog and as long as I stay on the right side of the law I can post what I want to. I am a woman and I am free.

12 Responses to #JeSuisCharlie – I too am Charlie