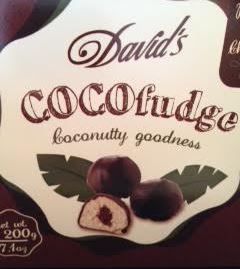 When I was recently in Toronto I was gifted several items by Dufflet including this ball of fudge and coconut. Being a massive fan of the PB & J balls of deliciousness, I looked forward to this.

Now, I (and my family) are not coconut fans and so a ball of fudge inside a layer of coconut was a bit of a turn-off but I tried it anyway… 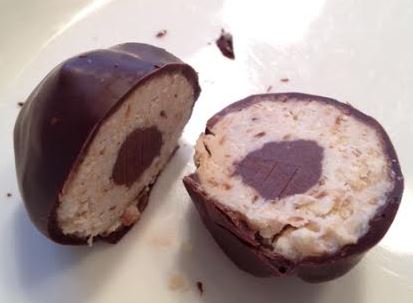 So this seems to be a fudge center, surrounded by coconut with an external layer of chocolate. A small ball of two bites of sweet heaven I am sure.

The coconut flavour was more subtle then I expected and the coconut was soft. It was shredded but it wasn’t unpleasant and drying like so much coconut. The effect was almost of a smooth coconut fudge surrounding a nice chocolate fudge. Despite everyone’s dislike of it, they all liked this ball of yummies.