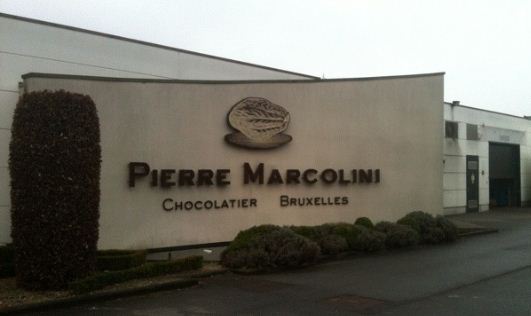 I had the opportunity to visit the Pierre Marcolini factory in Brussels (well, just at the edge by the airport). I actually had trouble planning my visit due to work and whatnot as it was in March during the height of the preparations for Easter. I ended up spending the weekend in Brussles, taking in the sights, walking , frites, (no watertooi unfortunately), beer (kreik), and waffles (proper long Belgian, not the round sugar-coated ones) with whipped cream and chocolate sauce. I discovered something interesting about Brussels and chocolate which I want to save for another blog post. 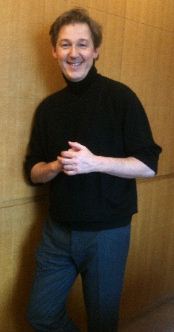 I regrettably was stuffed up from a cold the people at the office generously shared with me. Thanks guys – I’ll do something to pay you back I’m sure. So there I was in the heart of chocolate country with a nose cold. Could have been worse I’m sure. I walked, tracked down a number of chocolate shops I found on Qype, did some shopping and on Sunday I slept and worked trying to beat the cold. All to prepare for Monday.

I was being collected at 8am on Monday morning to go to the factory and meet Pierre Marcolini himself and see how they did things. With Nestle taking a 30% stake in the company and rumours of all sorts flying around and after my own discoveries, I wanted to see with my own eyes what was actually happening. Thanks so Soma I had a bit of a clue but I wanted to see for myself whether they really did go from bean to bar. 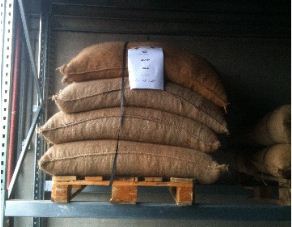 We started in Pierre’s office after he had just tasted some macarons. The violet was subtle and so I could not taste ot too well with the nose cold but WOW the macaron blew me away. After 2 days of crappy macarons making me realise I was probably too harsh on Pierre Herme and had only ever had fresh, top-of-the-line macarons before Pierre Herme, I finally had a decent macaron in Brussels! We walked through to the bean storage warehouse to see where the beans were stored. This, I knew, was one of the most contentious issues around. Whether Pierre Marcolini went from bean to bar, adulterated it with other chocolate and whether Nestle was invading the process. 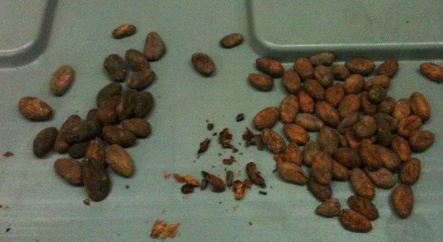 Now, I know about the size of the bags of beans Soma gets, and I am aware of how much chocolate that makes. From observation, I can see how much Pierre Marcolini sells on a slow weekend and I can estimate the Japanese appetite for the chocolate. From that, I can tell how much is needed for someone to go from bean to ganache/bar without adulterating it with additional coveture over a year. I have seen the bean storage facility and I have met and spoken to the woman responsible for every step of the bean buying process (exceedingly complex and with the beans from Cuba, a process taking over 2 years just to arrange export!). I have carefully noted everything I saw and spoken about the number of tonnes per year they use. 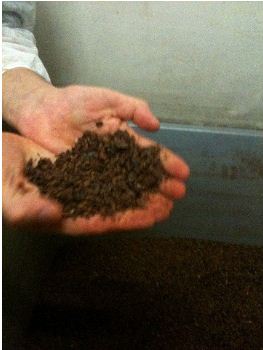 I believe that, as someone not a professional in but educated about chocolate, they are buying beans in sufficient quantity and storing them in such a way that I have confidence that they are using *only* their own beans to go to bar or ganache. In fact, I had the opportunity to smell the porcelana beans in storage in the warehouse and that same complex mix of scents – including the volatiles – was still present in the porcelana bar and in one of the chocolates. I am, however, not a professional so perhaps another trip back is in order… 😉 just to check of course! 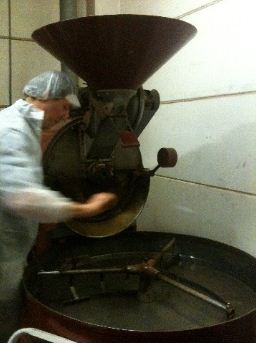 So, the beans were there in sufficient quantity with places like La Joya in Mexico selling 3 tonnes, their entire annual crop, to Pierre meaning he really did make his own chocolate. But perhaps he misses a step? Nope. Next we went and saw his roaster and saw how it was gently roasting beans at that moment. It was the scent I had smelt on my way in and my guide Emannuel said that he only notices when they are not roasting as it is so rare. Another indication they really are going bean to bar. The winnower thingy to take the skin/casing off the bean was next to the roaster and so the two large machines (larger than Soma’s) were in but one room of the factory. There was more yet to see. 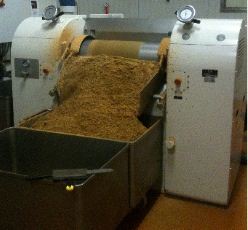 We went to the room where the machine that grinds the beans into an almost glutinous, pasta-like mass was stored and then followed the process through to the two different refining machines plus the conching machine. These were huge and while I was there they were working pistachios but wow – warm refined pistachios are lovely! I did get to see the conching machine in action keeping the chocolate-to-be warm and moving. The conching process is actually something that happens over these three steps so that the conch actually happens during refinement too and so the cocoa can become overworked here. The conching machine itself could both allow volatile scents and flavours to dissipate or be captured by closing the large vents on top. 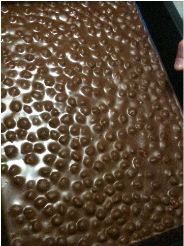 Conching isn’t the end and in the last room we saw the tempering machine which was hard at work keeping chocolate at just the right temperature to make the hazelnut bars. These were the very bars I had commented about which resulted in this visit. I saw how they were made, I saw the raw nuts, I watched as they were made and it was explained to me that there was not degradation to the quality of the chocolate as a result of the ‘bloom’. The ‘bloom’ wasn’t real bloom but rather the oil of the nut itself rising up. Apparently this has no affect on the quality of the chocolate. The chocolate used to make the bars is also used to make the ganaches and seal the chocolates. The scent you could detect on the beans carried through to the bar and chocolates in the shop. It was amazing. 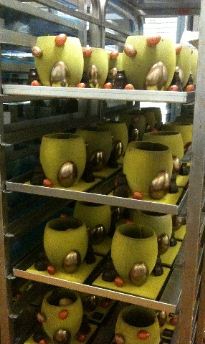 We ended the day with a view of these gorgeous easter eggs and some rochers which I got to see being made. In case you ever wondered how they made them so perfectly and so quickly. Well, there will be a video coming soon. Shhhhh… don’t tell!

Back in the office, Pierre patiently answered my questions and I realised how important a youth misspent in school was as I was able to understand much of the French he was speaking. It wasn’t perfect but it was great to be able to understand. He gifted me with a box of the raw ingredients used to make their chocolate including *cream* and not milk powder. Yes, they do full fat that the factory and I’m sure everyone is grateful 😉 I also met the design genius who invented the logo and everything since. He is behind the square boxes of a uniform size, the glossy advertising, the storage box precision and also with Emmanuel the shipping boxes and trays which ensure everything arrives in perfect condition. 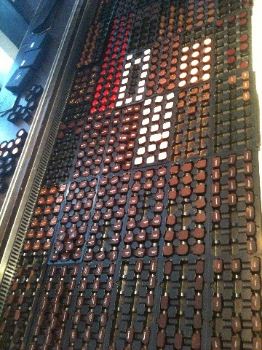 We continued on to the shop where I was able to try some of the filled chocolates and had the opportunity to try some of the limited editions. Did you know that Pierre Marcolini is the only person in the world currently allowed to export beans from Cuba? May I also suggest you are unlikely to find the same interplay between red fruit and tobacco anywhere else. Besides this, Pierre Marcolini also developed a line of chocolates to go with the Nespresso rane. While some a this point may raide a sceptical eyebrow, I can assure you from my intense and oblique questioning I was unable to uncover Nestle influence. In fact, Pierre had been adamant at the factory that Emmanuel tell me no additional chocolate is used. Pierre Marcolini prides itself on having full control of their chocolate making process, creative direction and bean to bar/ganache process. Having seen it first hand, I’m a convert.

There is more to come but I shall leave it here for now but there will be a competition or two related to Pierre Marcolini coming up after Easter!