Were Rude Health & Demarquette Robbed of Their Joint Award? 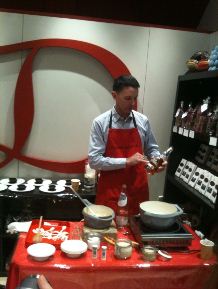 In the world of judging, there is always controversy. As a judge myself, my decisions have constantly been called into question. Whether it is for chocolate (taste is a very personal thing and as it is with wine, each person likes something different), affiliate programs or search awards, judging takes time, effort and is controversial. 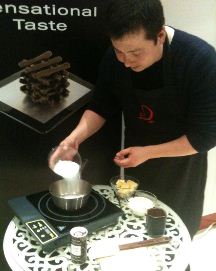 As a judge, when I hear that someone feels robbed or particularly upset at not winning, I do take it with a slight pinch of salt. I know that despite having been a part of extremely open and transparent judging process that the decisions were arrived at in as fair a manner as possible among those I was working with. Regardless, people who do not win may not understand the contortions we go through to judge.  However when I heard the situation under which Rude Health and Demarquette lost I have to admit I understood their feelings towards not having won. 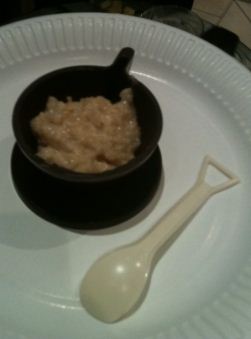 Generally judging does not rest on a single person and a single judging. Even with chocolate, there are multiple rounds and multiple judges, and so it was, if I understood correctly, with Rude Health and their attempt to win the Golden Spurtle world porridge making championships. There was more than one round but it was the final round – the round involving the contribution of Demarquette – that I feel it is a true shame that Rude Health lost. 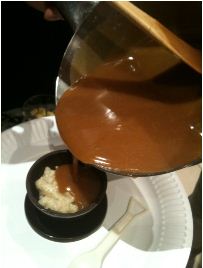 The entry that didn’t make it is probably the best porridge I have ever eaten but I assume that it was a combination of factors. It was an absolutely amazing porridge. I simply don’t understand how it didn’t win. The porridge, after the groat mixture had been soaked overnight, was cooked without milk to perfection and allowed to cool only slightly. Then it was placed in a solid chocolate cup and the most amazing sea salted caramel was poured on top of it. 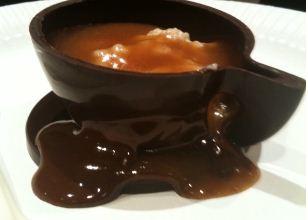 Now, it may not seem like much but imagine warm caramel, warm porridge and a chocolate cup. The porridge is the best you’ve ever eaten, the sea salt caramel is delicious and the cup begins to melt. Oh my – it was awesome. I never knew porridge could be that good. And to think that there was something BETTER than that?!?! Holy cow!

I have trouble imagining something better than this but I wasn’t judging. I hope Rude Health go back and do this again because I can’t imagine how it wouldn’t win!