Comments Off on Unexpected Wine Tourist Destinations – The German Region of Switzerland for Rare and Endangered Grape Varieties, Excellent Wine and of course, Fondue
Tweet
Share 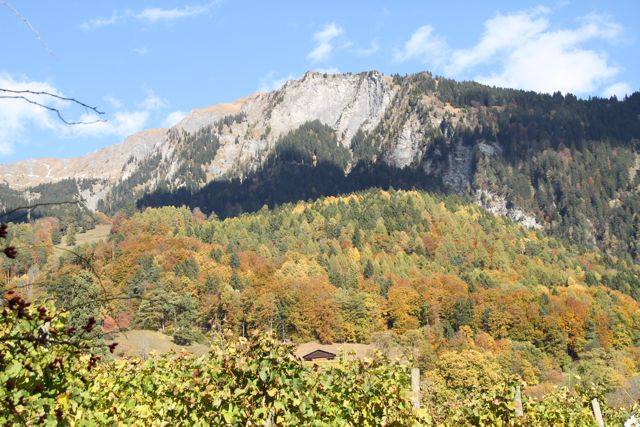 Fondue, cheese, chocolate and cuckoo clocks – a typical view of Switzerland. In the region that brought us Heidi and her mountainous adventures, one would hardly imagine this region as a verdant field of green vines, shuddering in the light warming breeze common in October, silent but for the occasional sound of voices carried from a nearby home.

Switzerland has long been on my bucket list of countries to visit just for the sheer pleasure of visiting the region. Most of my life I’ve been fascinated by the idea of a country that separates itself so completely from the rest of Europe and yet by situation is a central lynchpin within the Western European landscape. Bordered by Lichtenstein, Italy, France, and Germany and thus having five languages (SwissGerman and English being the other two) it was always a dream of mine to go. At long last I finally found an excuse (speaking at a conference somewhat predictably) to go. 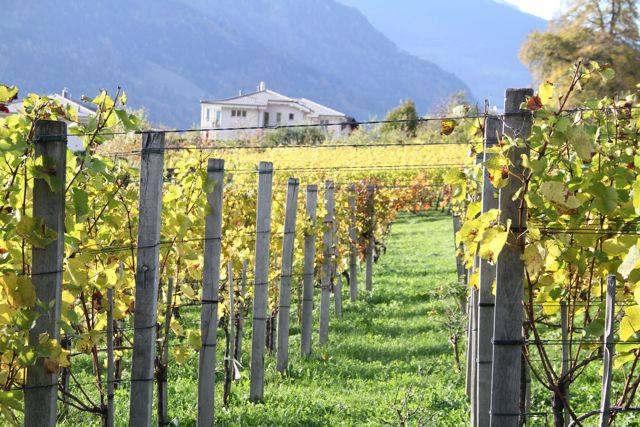 The SwissGerman region of the country is, somewhat predictably, in the north. I went from Geneva with its French language which I could at least get by in and understand to Zurich and sadly left my language comfort zone but this is where the wine I wanted to experience was. From the rare Completer which is grown on only 4 hectares total after being the main wine grape in the middle ages through to the pervasive pinot noir, the region is as diverse as it is beautiful.

This region is not the easiest for the wine tourist but it is well worth taking the time to plan and prepare for. Some of the vineyards, understandably, do not do tours and some only do groups however some will require several weeks’ notice so not really a last-minute planning place. In fact when I tried to organise a side trip to a chocolate factory I found there were none available on my dates in the country and they required three weeks advance notice in writing. Quaintly archaic but also annoying. Forewarned is forearmed for the wine tourist.

My itinerary was fixed as it had been organised by Branchenverband Deutschschweizer Wein BDW but you can visit almost all of the vineyards I did with just some advance warning. A lot of the vineyards shops were run by the farmers though so be aware during harvest they may have very restricted hours or even not be open for visitors. 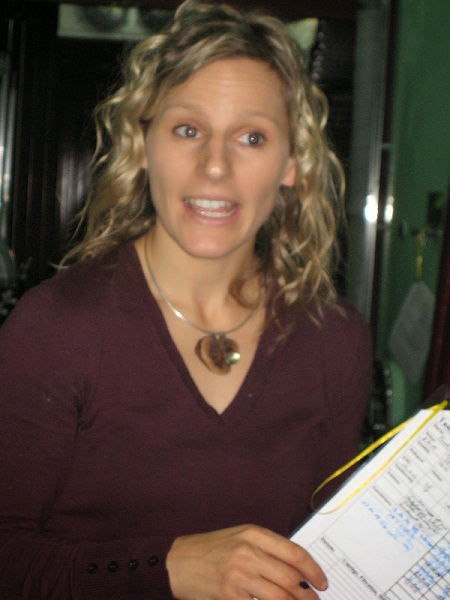 We started out trip at Wehrli Weinbau, Küttigen –  At the vineyard we were introduced to the wines by the passionate young winemaker Susi Steiger-Wehrli. Starting in a room much as you’d expect which was full of wine and charm, we toured the facility and got a chance to do some tasting. The winery owns about 11 hectares of vineyards. Divided and planted there are three different terroirs with distinctly different characteristics: minerality, fruit-forward and meaty/iron. This different influence of climate and soil and the expert vinification gives the wines their special character. We also tried the Symphonie Wehrli dessert wine, made from Pinot Noir grapes which are frozen like an ice wine. The wine was quite special and I’ve actually bought some Ontario versions of this new experience. The shop is open but the cellar is not open to the public. 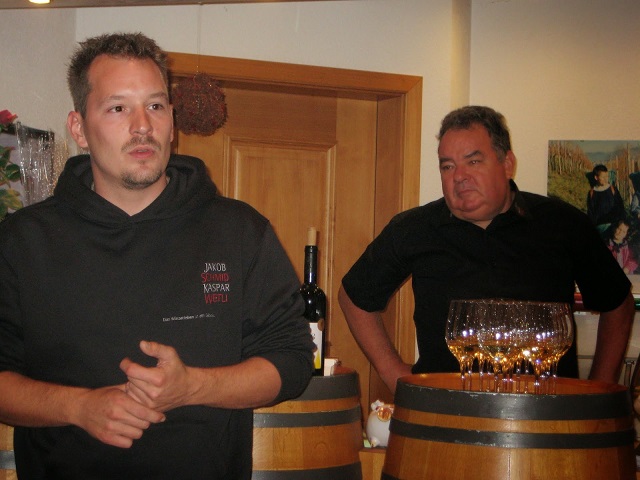 We then travelled on to Schmid Wetli AG, Berneck  a family owned winery where we learned that they are so passionate about quality that they manually sort the grapes that then go on to be pressed into wine. The shop is amazing and is host to people and parties as well as tastings. I go the chance to try a number of their wines and they also serve visitors local cheese and for an event a variety of dishes. The vineyards are nearby but not open to the public however the shot is and sells the pervasive pinot noir that everyone seems to grow. Among white varieties produced are Riesling and Sylvaner, the White Sauvignon or Pinot Blanc, Pinot Gris and Chardonnay (which everyone seems to grow as well). This is a must-visit place with a lovely restaurant and accommodation nearby making it the perfect final stop for the day. 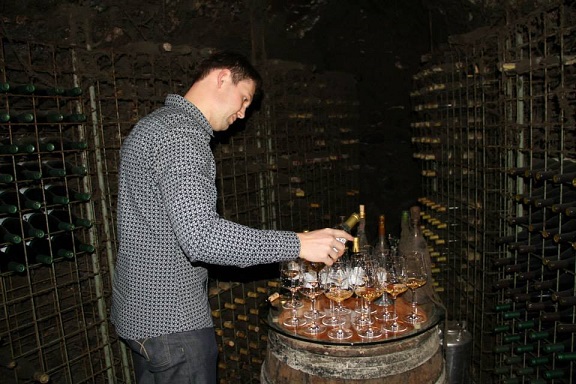 We started day two with a visit to Donatsch, Malans vineyard and cellar (with new extension) plus a tasting on site then we went on to get a meal at typical restaurant of the region Winzerstube zum Ochsen, which just happened to be owned by the Donatsch family. It was a gloriously beautiful place with the winery in town and the vineyards close by. It was a small town and on a hill (as frankly most things seem to be in that area given the whole mountains thing) so the area offered breathtaking bviews and breath-stealing hikes. At this winery we tried two whites (both chardonnay) and some reds, most notably a pinot noir that absolutely kjilled anything Ontario is doing. The two sweet wines we tried were a 2011 Late Harvest Pinot Gris, and Pinot Noir Vintage 2011. Both are characterized by the taste of dried peach and dried plum respectively, as well as a great balance between the fruit, acidity and minerality. According to a wine friend I have to say things have minerality more often to look like an amateur pretending to be a pro 😉 My highlight of this visit has to be the active fermentation of the completer grape – a rare variety grown on around 4 hectares this was fermenting aggressively. 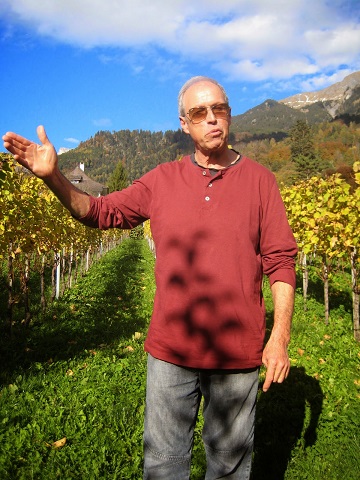 Weingut Fromm, Malans – www.weingut-fromm.ch – This is where I really got a feel for the land and the wine. We were treated exceptionally well by Georg Fromm who went from Switzerland to New Zealand and back again, making wine the whole while. He is the most fascinating man, using no chemical pesticides when growing his grapes and really understanding the land and the grape. We walked from his fruit tree’d front of house through the vineyard and learned about the land, how growing is tied to the lunar cycle and the increased biodiversity around there. We got to try a number of different wines and they all had their own profile and each was unique and individual – something I love in a wine. Each year has its own flavour profile and each wine is unique. Absolutely fantastic and the wine was something quite special. It was one wine we all took a bottle home with us without exception. 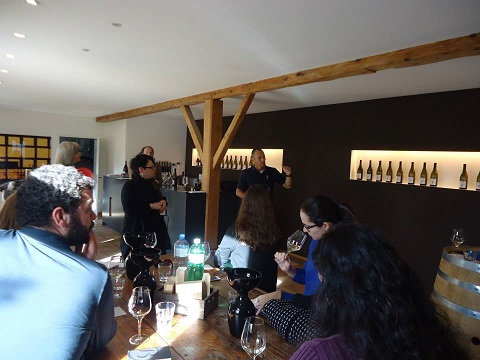 We ended our visit at Weingut Erich Meier, Uetikon – This is an amazing place where small plots of vines coexist with a residential area! Yep – makes your local even more local! This is where Erich Meier produces their absolutely stunning wines. Erich himself explains to us that his clients want something different. While others offer more chardonnay and pinot noir, he’s working on making them something special and quite unique. He has 4.8 hectares on which he grows a staggering eleven different grape varieties. It’s a bit of a rebellious approach and he’s made some amazing wine as a result that absolutely has to be experienced.