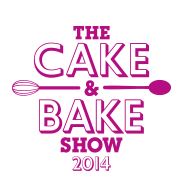 The Cake & Bake Show is excited to welcome top names Rachel Khoo, Lisa Faulkner and Phil Vickery into the Cake & Bake family for this year’s London edition of the show, returning 3-5 October at Earl’s Court.

Trained at Le Cordon Bleu, food writer Rachel Khoo made her name with her BBC series The Little Paris Kitchen, based on the intimate restaurant for two she created within her Paris apartment that was dubbed ‘the smallest restaurant in Paris’ by the press. Rachel will be bringing her passion for patisserie to the Cake & Bake Show on the Saturday.

Phil Vickery is regarded as one of the nation’s favourite chefs, cooking up a storm in the This Morning kitchens for over 14 years. A passionate advocate of unpretentious, honest and robust food, Phil is also an expert on gluten free baking. Visitors can look forward to seeing Phil demonstrating live on stage on the Friday.

Holby City star Lisa Faulkner’s cooking captured the nation’s imagination when she won Celebrity MasterChef in 2010. Her first book Recipes from My Mother for My Daughter was a Sunday Times no. 1 bestseller and was closely followed by The Way I Cook in 2013. Lisa will be on stage on the Saturday showing off her baking skills.

Rachel, Phil and Lisa join an impressive line up of the nation’s favourite bakers who will be returning to the show to once again to entertain 30,000 baking enthusiasts for three days of baking action. Visitors can look forward to:

Nowhere else will you find so much baking expertise all in one place.

Alongside some fabulous new features being introduced at the London show, firm favourites will be back including The Competition Theatre where audience members can join the stars live on stage in a programme of exciting bake offs and Renshaw’s Modelling Magic where visitors will be able to get hands on in a series of free workshops. The incredible CakeBomb Jungle feature will also return, an edible adventure like no other with life size animals created entirely from cake!