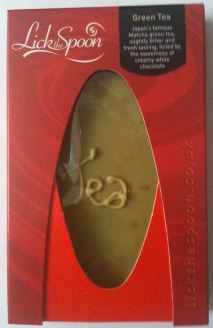 Before I visited Japan, green tea tome was something that tasted not unlike seaweed. In fact, there was a time in my life when I thought green tea *was* seaweed. That, of course, is nothing like the laughs I got when I kept calling Ceylon tea “sealion” tea because to my dyslexic brain “Ceylon” was “Celyon”. Don’t ask – my dyslexic brain is a fabulous source of both creativity and hilarity as I get things completely wrong…

However the relationship between green tea and seaweed comes from a fast food joint at Yonge & Eglington I used to go to in Toronto for Japanese food for lunch. Whenever I ordered green tea, I got a lovely tall earthenware-type cup with a teabag on a string in it with Chinese lettering. This, I thought to myself, must be the real stuff. I also thought it must be fabulous for me as it tasted like crap.

Fast forward to my trip to Japan for the first Worldcon in Asia. Jetlagged and exhausted after an 11h forward time shift (a shift I never do in less than 3 days) and an eight hour flight to Japan’s main airport, I went to Hotel Okura to participate in a traditional Japanese tea ceremony. I’ll have to blog that and the un-lady-like thing I had to do as part of it. However it was there I realised green tea did *not*, in fact, taste like seaweed but tasted delightful! Holy cow! Then I met Katie from Matcha Chocolates and WOW! 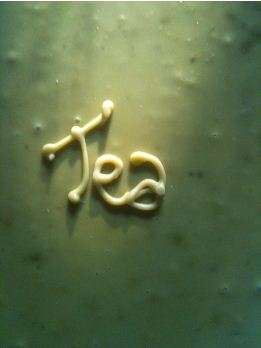 However we’re here about the delightful Lick the Spoon green tea bar and I’ve waffled long enough. The bar says it is “Japan’s famous Matcha green tea, slightly bitter and fresh tasting, foiled by the sweetness of creamy white chocolate”. The smell is clearly white chocolate and matcha tea – that is unmistakable and when you bite in there is an absolute sweetness but not as much as other white chocolates. There is a slight grainy texture to the melting chocolate which I think is the lovely matcha in the chocolate. The flavour is gentle and distinct without being overpowering. I absolutely love the “tea” on the front of the bar and the flavour is delightful.

I really enjoy matcha tea now I’ve had the good stuff, and I really liked this bar. If I had to say anything critical it would only be “more tea please” as the matcha flavour is so delightful and I love it so much I want more of it to come through in the bar. There is a moderate amount of sweet here which makes it pleasant without overpowering so Milky Bar fans won’t like it. This is delightful and I’m so glad I got it!