How to Make Lavender, Vanilla and Cinnamon Sugars

One of the most pleasurable things is to make your own naturally flavoured sugar and use it in baking. I’ve only given three examples here and they all involve dry ingredients but there are many more possibilities.

What you need:
Sealable jar – I used a small jar with a hinged lid and rubber seal
Caster sugar – I used Billingdon’s golden caster because I like that it is that little bit less processed but have used granulated sugar or white caster sugar
1 used Vanilla Pod
Half teaspoon cinnamon (plus more to taste)
Two teaspoons food-safe lavender

Making these sugars is easy. Cinnamon sugar can be used right away but both lavender and vanilla take a few days to infuse (I prefer to leave them a week). 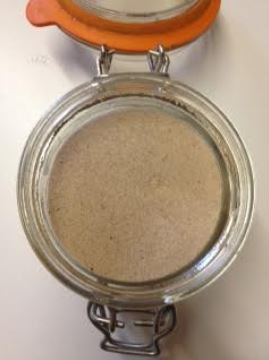 To make cinnamon sugar, I filled a small jar three quarters full of Billingdon’s golden caster sugar. To that I added a half a teaspoon of cinnamon powder and shook it well. I then adjusted to taste as I like more cinnamon 😉 I use this in my easy cinnamon bun croissants but you can use it on snickerdoodles, on french toast or in a bake like shortbread by substituting half the sugar for cinnamon sugar.

To make vanilla sugar, I filled a small jar just over three quarters full of Billingdon’s golden caster sugar. To that I added a used vanilla pod (well, I added two as I had two but you can go with one) tucked into the sugar a bit with part of the pod still showing above. I left this in the cupboard away from direct sunlight for a week. At the end of the week, the used vanilla pod had infused the sugar with the amazing aroma of vanilla and I then used it in my cookies but you can sprinkle it on top of your bakes or right in them. 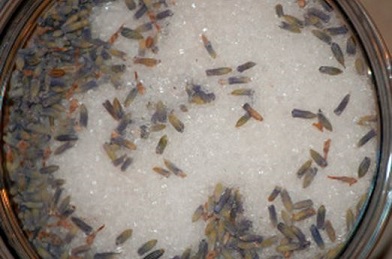 To make lavender (or any floral) sugar, you need to use food-grade lavender. Some lavender in shops for potpourri or drawer sachets has also been sprayed with additional chemicals so is not safe. Also there are a variety of insects who love to make their home in lavender so food-safe is the way to go. Add only two tablespoons to a small jar just over three quarters full of caster sugar (I really love the stuff). Seal the jar and give it a good shake to distribute the lavender through the sugar. Place it in a cupboard away from direct sunlight for a week or more and after that time your lavender sugar will be ready. I like to then sift mine and remove all but a half a teaspoon of lavender flowers to ensure the taste does not become too strong.

So there you have it – flavoured sugars are easy and fun to make as well as inexpensive. Why not give it a try before your next bake?

2 Responses to How to Make Lavender, Vanilla and Cinnamon Sugars