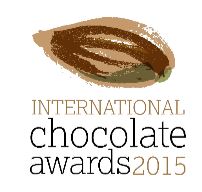 2015 winners announced in the historic British ‘Chocolate City’ of York, with chocolate companies from around the UK awarded and a strong showing from Scottish chocolatiers

The International Chocolate Awards, a global competition that champions excellence in fine quality chocolate around the world, is pleased to announce this year’s British prize winners. At a ceremony held in the 650 year old Merchant Adventurers’ Hall, York, the Gold, Silver and Bronze prizes were awarded in front of a crowd of entrants, judges, chocolate cognoscenti and local dignitaries, including the Lord Mayor and Sheriff of York.

The winners’ list demonstrates that high-end fine chocolate is not only the preserve of London and the South East. Chocolate companies from around the country entered the competition and the winners included well known regional chocolatiers from Scotland, Northern Ireland, and regional English companies alongside famous London names and include a winner from the Guernsey.

Judging Director and chocolate tasting guru, Martin Christy says,  “It was wonderful this year to bring the International Chocolate Awards home to the UK, with no better place than York, the iconic centre of British chocolate history, to host our first British National competition. The UK is fast coming to be recognised as a leading centre for the world fine chocolate movement, which is reflected in the quality and range of our London chocolatiers have been a mark of quality for some time, but I’m very happy to see regional fine chocolate companies in the spotlight, showing us that fine chocolate in the UK is a real national movement helping consumers to understand why they should pay more for quality craft products from small producers and how this can help fine cacao farmers to earn a decent living.”

International cacao-chocolate power house Åkesson’s, who source of some of the world’s best cacao from their own plantation in Madagascar, and now with a boutique chocolate shop in London’s Notting Hill, where they sell their own chocolate, won Gold for their popular Madagascar 75% dark chocolate “Voatsiperifery pepper ” bar – a previous World winner made with their own Madagascan pepper, along with three Silvers for their other bars.

2015 has been a big year for Scotland, and this has been as true for chocolate as in the political arena. Four Scottish chocolatiers picked up ten awards in total, with two Golds for ganaches from Iain Burnett Highland Chocolatier, two Golds for Edinburgh chocolatier and bean to bar chocolate maker The Chocolate Tree, for their Rose and Vanilla bar and Hazelnut spread. The Chocolate Tree also won a Bronze this year in the European Plain/origin bean to bar Semi-final. Fellow Edinburgh chocolatier, Ocelot, picked up three prizes, while Perthshire chocolatier Charlotte Flower Chocolates won Gold for their Smoked Hebridean sea salt bar.

Awards regular Co Couture from Belfast again scored well with their skilfully made chocolate bars with a ganache filling, receiving a Gold for their filled dark chocolate bar ‘Fresh Mint & Honey 72%’, as well as two other prizes. Another previous winner, Ben Le Prevost from Guernsey, won Gold and Silver for the eclectic ‘Miso’ and ‘Peanut butter on toast ganaches’, respectively.

The English regions were not left out, with a Silver and two Bronzes for the Winchester Cocoa Company and Bronzes for Bettys Bakery in Harrogate and local winner Monk Bar Chocolatiers from York. Surrey’s Pump Street Bakery Chocolate, who won Gold for best micro-batch plain/origin bar in this year’s European bean to bar Semi-final, added to their wins with a Silver for their crunchy’Sourdough & Sea Salt’ bar.

Winchester’s ‘The Chocolate Society’ received this year’s biggest haul of prizes, with a Gold in the dark ganaches category for their ‘Raspberry & Kalamanzi Lime Bon Bon’ and two more Silvers and two Bronzes for their other ganaches and a Bronze for their Liquid Salt Caramel, reflecting an all-round quality and skill in making truffle ganache fillings. Choc Amor in Lancashire scored well with four wins for their flavoured bars, including Gold for their Orange Jalfrezi milk chocolate bar.

London chocolatiers were represented on the winners list by Fifth Dimension, with two Bronzes, The Chocolatier with a Bronze in milk chocolate spreads and iconic London chocolatier Rococo, who picked up a Gold for their inventive Mandarin and Tonka Bean Caramel and two Silvers for their organic

The British National Competition is the first competition in the UK dedicated solely to celebrating British fine chocolate. The British round is one of seven European rounds taking place in 2015, out of a global total of twelve International Chocolate Awards competitions including the World Final, each focussing on local styles and excellence and with the aim of supporting small scale craft chocolatiers within their region.

The first British National Competition was held with the support of York Cocoa House, the local partner; The Chocolate Show in London (Salon du Chocolat), the host for the World Final in October; and The Chocolate Way, a European cultural route for chocolate.

What are the International Chocolate Awards?

In 2014, 1,150 fine quality chocolate products were sampled, including those at the World Final. The specialist chocolate Grand Jurors ate their way through over 2,000 samples each during the year and over 16,000 score cards were compiled in total.

Founded in 2012, The International Chocolate Awards are run by a group of independent international partners based in the UK, Italy and the USA; the partners have years of cumulative experience tasting and evaluating chocolate and running fine chocolate related events. The rules and judging are overseen by permanent Grand Jury members, Country Partners and independent experts, who all set the rules of the Awards based on ongoing consultation with the entrants.

The Awards are judged by chocolate experts, pastry chefs, sommeliers, journalists, bloggers and food experts from around the world, including Italy, France, Belgium, the UK, the USA, Japan, South America and more. The competition is overseen by members of our permanent Grand Jury, who are joined at each competition by local food and chocolate experts and journalists.

How are the Awards judged?

The judging system was created after extensive industry consultation and is designed to permit chocolate experts and less experienced judges to contribute to comprehensively assessed scores for each entry, compiled using a custom electronic judging system.

The judging process consists of three distinct rounds, with a first technical Selection round of a small committee who check for compliance and defects, followed by Main round judging by an invited independent panel of chocolate experts and judges, all with extensive tasting and culinary skills;  each judge tastes approximately 20 samples per session.  In the third and final judging round, prizes are awarded by the Grand Jury.