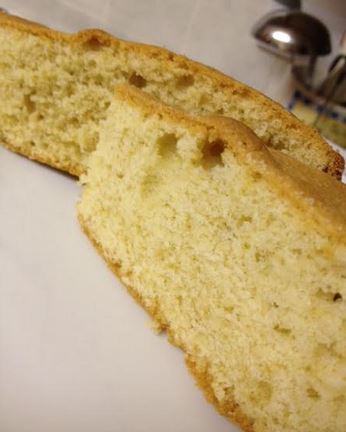 I was lucky enough to go to the Cake & Bake Show and be invited to the VIP area by Baking Mad. While my interview about the Nielsen Massey vanilla was rejected by the Huffington Post (so I posted it HERE) I also managed to snaffle some golden caster sugar for baking with.

With the fact that white sugar has been heavily processed and that I’d like to try something different, I was absolutely floored to discover both golden caster sugar and golden icing sugar! It was so exciting and so I thought I’d do a head-to-head bake off using a simple altered Madeira cake recipe. One cake was made with white caster sugar, one with golden caster sugar. The results were surprising. 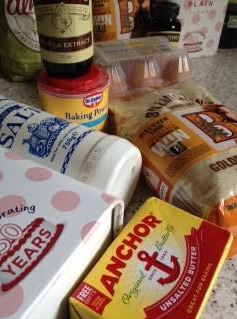 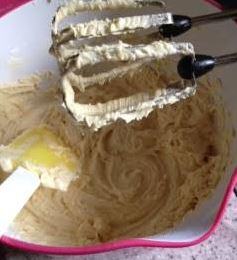 As usual, cream the butter with the sugar together until light and fluffy. The sugar should not be gritty. I found while the white creamed into the butter readily, the golden caster did not. For some reason it just didn’t combine as well.

Add the eggs one by one, beating after each one. Both mixed behaved the same here.

Carefully sift the flour, baking powder and salt together into the mix and fold in.

Finally add in the vanilla and milk and make sure everything is mixed together. I did use a hand-mixer at this point.

I then took a springform pan I have buttered and floured and poured all the mixture into the pan.

Of the two cakes, the white sugar definitely looks lighter but it was also a flavour favourite, disappearing first.

So in a head-to-head competition, while the golden seemed reluctant to blend in the butter, it was the better tasking cake so WINS!