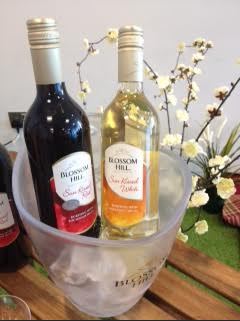 The two new wines from Blossom Hill are apparently more flavourful when chilled. They are supposed to be a fruite, lighter style of wine. I can say they are quite fruity from personal experience. They are meant to slide into the rose category and while I can see the white in there, the red I just have a but more trouble with.

Kevin Chinn, Marketing Director at Percy Fox & Co said “The rose wine market is booming, and we know consumers more and more are enjoying lighter, fruiter wines. The new Blossom Hill Sun-Kissed range captures the essence of rose, in a non-traditional white and red wine. Served chilled, it’s the perfect complement to a warm summer’s evening and a great opportunity for consumers to try something new and expand their palate.” 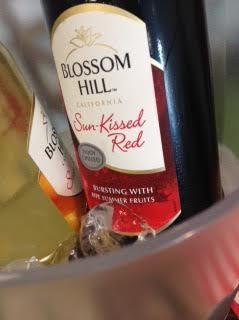 So, what did I think?

They certainly seem to lack complexity. The white almost aggressively shoving peaches up your nose and tasting like grape juice with a peach infused mixer. It was dangerously drinkable as a chilled beverage and I think you could probably go through a bottle as long as it was kept chilled without really noticing. I didn’t get a lot of subtlety with this and there isn’t a lot going on behind the scenes. It’s all up front, uncomplicated fruity white. 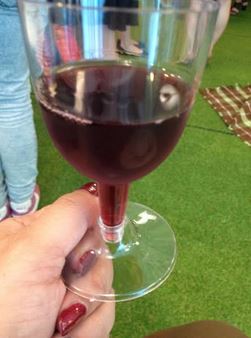 The red – well, the red and I had to spend a bit more time together. At first it was a bit harsh, with a bit of tannin still there when I expected something smoother. There was a flavour as though someone had added oak chips to the process as it was subtle. Once I had eaten some watermelon and come back to it, the promised raspberries finally shone through. They exploded of the palate and contributed to a pleasant experience. Again, it lacks complexity and is a lot more like drinking grape juice than wine.

Overall these are going to FLY off the shelves as people discover just how drinkable they are when chilled. As the weather heats up, the red and white will be in the freezer as well as the fridge, with people making wine ice cubes as well as drinking it straight.