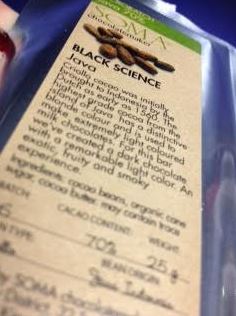 West Java is part of Indonesia and produced some of the cocoa in this region which is the third largest producer of cocoa. The cocoa bean is one of the most important agricultural export products of Indonesia. In the past 25 years, the Indonesian cocoa sector has experienced massive growth, driven by rapid expansion of smallholder farmer participation. The country currently has approximately 1.5 million hectares of cocoa plantations.

It’s actually a small area west of Jakarta that is currently producing cocoa. It doesn’t seem like that much but add Papua, Sulawesi, North Sumatra and East Kalimantan to the mix and together they are about 1/3 the size of the cocoa production of the Ivory coast but still globally number three. So there are some good stats about the area but we’re here for the chocolate!

Soma Says: “Criollo cacao was initially brought to Indonesia by the Dutch as early as 1560. The highest grade cocoa from the island of Java has a distinctive blonde colour and is used to make extremely light coloured milk chocolates. For this bar, we’ve created a dark chocolate with a remarkable light colour. An exotic, fruity and smoky experience.” 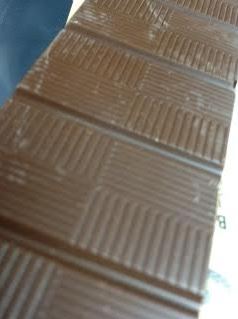 Deep chocolaty notes on the nose – almost like a brownie. None of the promised smoke on the nose. Once this starts to melt the smoke immediately smacks you in the nose with a huge puff of it right up into the nose and coating the inside of the mouth. It’s like drinking a heavily peated whisky only with none of the warning on the nose before you drink. Behind the masses of smoke I think I might be getting yellow fruits – almost star fruit but I’m struggling. The chocolate itself finishes cleanly but the smoke lingers as does a light clinging of sweet fruit, almost like you’ve eaten a hard fruit candy.

Woah – too much smoke for me but you PNG fans are gonna love it and lust after it. The fruits behind the smoke add a complexity true chocolate aficionados will appreciate while chewers won’t enjoy this at all.