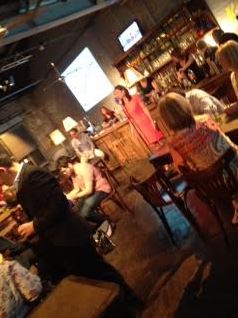 I was whisked away to Havana in Shoreditch by bus – probably the only time I’ll be able to visit Cuba. The scene was somewhere in town, next to a mechanic’s shop, which was by a barber and between the two was a café. The café had music, and dancing and fashion and all the elements of nothing at all like a Barry Manilow  song 😉 It was absolutely perfect. 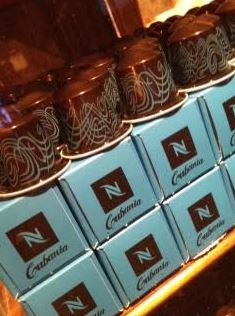 There I learned about the about-to-be-released Cubania coffee. A whopping 13 on the Nespresso scale of intensity. The coffee was being released with a real cane sugar box in order to create the perfect Cuban coffee – a mixture of passion and intensity and the swinging of the hips and the stomping of the feet. Something that is evocative of Cuba itself. 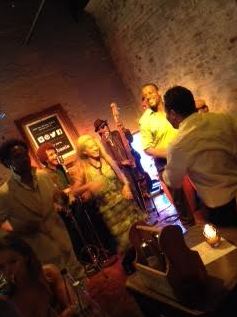 It is, perhaps, interesting to note that coffee and dance arrived in Cuba at the same time in the 17th century. The first coffee plant was introduced to Cuba by Jose Antonio Gelabert in 1748. Years later in 1791, French colonists fleeing the abolition of slavery during the Haitian Revolution introduced better coffee production methods to Cuba. Yiikes – that’s not what you want to read and yet it is fact. Coffee in Cuba is based in slavery.

Coffee was being transported from Africa to Brazil and Cuba was a natural stopping point. The slaves on the ships brought music made from the parts of the boats they were on – sticks made from wood called the clave – there is always a male and a female and the female clave strikes the male. 🙂 So there is an African origin to salsa music. 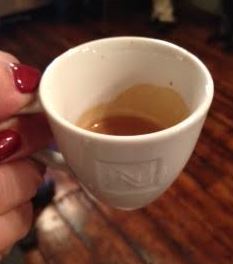 Café Cubano (so that’s Cuban coffee, Cuban espresso, cafecito, Cuban pull, Cuban shot which I got by cheating and Googling it) is a type of espresso shot coffee style which originated in Cuba *after* espresso machines (so not in the 17th C) were first imported into Cuba from Italy one presumes before the revolution (so pre-1959). Specifically, Café Cubano refers to an espresso shot which is sweetened with demerara sugar as it is being brewed. This is why Nespresso released sugar with the capsules – they are natural partners. 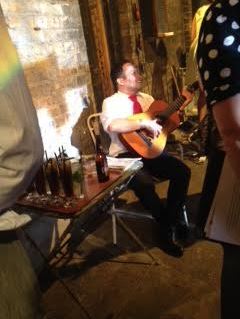 Interesting to note is that there is no actual Cuban coffee in this blend. They have used coffee from India, Brazil, Indonesia and Columbia. What was interesting to me as well is that coffee, like chocolate, is fermented. The beans (like chocolate) come from inside a fruit (like chocolate) and they are fermented for a short time – a few hours to a day (chocolate is longer) which is sometimes assisted by water (fermenting in its own juices is apparently dry fermentation). After fermentation, the beans are dried and shipped to Switzerland where the magic happens. The reason that there is no Cuban coffee in this Cubania is that many coffee plantations have been destroyed to grow sugar cane. Lamentable as coffee, like chocolate, takes time to mature before yielding. 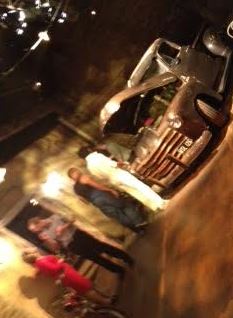 In fact I have only *just* discovered that in 2003, together with the Rainforest Alliance,  Nespresso launched its own programme to benefit their coffee growers: the Nespresso AAA Sustainable Quality Program. According to Nespresso themselves, the partnership has brought together the Nespresso expertise and knowledge in highest quality coffee cultivation with the twenty years of experience that the Rainforest Alliance has of helping farmers on the path to sustainability.

One of the things I was really struck by was how Nespresso works directly with farmers on the *right* beans to grow, in the right way, for their local environment. The AAA Sustainable Quality Program guarantees growers from whom Nespresso buy coffee, benefits derived from a shared commitment to ultimate quality. So better quality coffee = more money for their coffee. Today, around 80% of their coffee is sourced from the AAA Sustainable Quality Program.

The event itself as a launch for Nespresso was fantastic but learning about now Nespresso works, makes their coffee, partners with farmers, invests in research and more made a huge impact on me. As the owner of a Nespresso machine that I bought myself, I’m reassured of the choice I made.