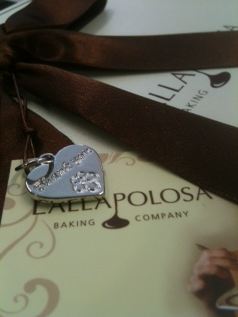 I was lucky enough to get to try both the original brownie recipe and the brand new upgraded and revamped brownie recipe based on expert input from a top chef. I cannot express the joy.

But first, a bit about the company. I was contacted by Lallapolosa and found a fellow Canadian running the kitchen. I was offered not one but TWO boxes of brownies in the end (well, because I said I’d hold the review of the original box and review the new recipe). I also got yummy turtles but more on those later. 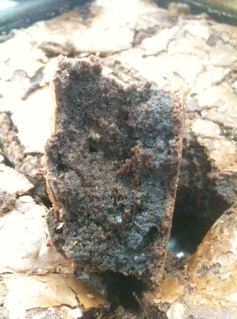 The name Lallapolosa means “something exceptional of its kind”.  I can attest to the brownies and turtles being something exceptional for sure. There isn’t much detail about the bakery or what they use but they are so busy filling orders and selling at the farmers market it is unsurprising. What is surprising is the packaging.

Both brownies came in solidly custom-created cardboard boxes. Given you are always ordering a single kind of brownie and it comes as a single baked block of deliciousness it is easier to create packaging perfection. What I also loved was the brown matching satin ribbon and the delightful “thank you” charm. That was just the most brilliant touch. It is just so perfect as a gift for any reason – birthday, thank you, anniversary… I’d love to have an anniversary party with a brownie tower made of these brownies! They are so strikingly perfect that I can’t imagine when not to gift them!

So – having tried the old brownies, hoe are the new ones? Well… 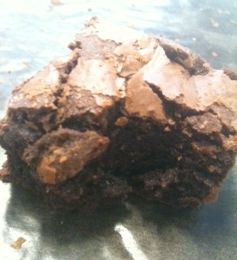 Wow… wow… wow… I do love these brownies. The coconut was a bit distracting as I’m not a fan but there was not much at all in the piece I had. The office decimated them to the sounds of yummy enjoyment. I chose naked to really get the sense of the brownies and I think I chose well. If you’re in the market for a whole box of brownies, if you need to say “thank you” to someone, if you want something picture perfect, I and my office were blown away by these brownies.