I’m one of the lucky ones who gets to go to press events held by chocolate companies which culminate in a goodie bag full of treasures I can then use as blog reviews. I don’t always review everything but with Hotel Chocolat it’s hard not to.

Hotel Chocolat have, just before the busy Easter time, launched a new website and a new range called Rabot 1745. The year indicates the year the Rabot Estate was founded, which Angus bought for Hotel Chocolat to grow their own on (chocolate – what did you think I meant?!?). The estate was not necessarily growing chocolate then, but it is now and it is focusing not just on re-introducing the hybrid trinitario back to the area, but also focusing on teroir and where the beans were grown – learning about what works best where.

The Rabot 1745 egg isn’t actually made from cocoa from the estate but rather focuses on single origin chocolate. So in the Rabot 1745 range you’ll find cocoa from all over the region, and world, but only the finest examples. For example the Ecuadorian that is sometimes conching at the Roast & Conch is excellent, as is the Trinidad but they aren’t both from the estate (obviously). 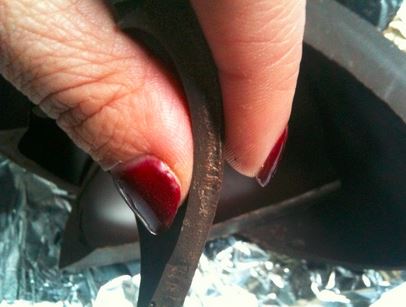 For the Easter egg, Hotel Chocolat have made a slightly limited edition egg (limited because of cocoa but not a limited run of 20 or anything). One half is the indulgently luxurious 66% Sambriano Valley chocolate and the other is an 82% Hacienda Iara. The single origin, extremely thick chocolate shell secrets away some egglets wrapped in tissue in each half of the thick chocolate egg of varying flavours including truffles made of the same chocolate as the shell, and Gran Couva pralines.

But, you think, what does an 82% egg taste like? In the past, the long – dark ancient past of chocolate from before the year 1990 (before we entered the new millennium), dark chocolate was often bitter, over-roasted and difficult to get in any form other than baking chocolate and Bournville for many families. The good stuff was around but often difficult to source for the average family. According to Google, a mere 3 years into this decade Hotel Chocolat was founded, though it existed before this point in various forms according to the history on the website.

Fast forward 20 years and in this anniversary year (Google & I have named it as such, not HC) we see the launch of the new Rabot 1745 line which brings the highest quality beans right down to teroir to our Easter table. Beyond being a British company, Angus is committed to buying high quality cocoa beans from everywhere near him, sourcing chocolate beyond his means to make himself from high end suppliers such as Valrhona and weaning himself and his customers off Ivory Coast chocolate with its possible connection to child slave labour by offering something better.

So to the chocolate egg… 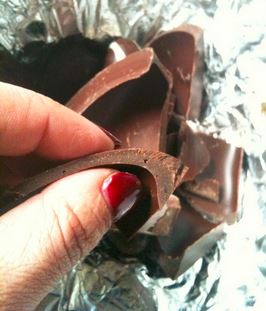 66% Sambriano Valley – I really love this chocolate. I broke it into tiny pieces to stop me from eating the whole egg at once. It is creamy and smooth and slightly sweet and slightly acidic and a tiny bit fruity but just this amazing gorgeous chocolate. I wish the whole egg was made of this. I wish all the egglets were made of this. I want more of this chocolate!
82% Hacienda Iara – You wouldn’t know this is such a high cocoa content without being told. There is a slight nutty edge to the chocolate with a deep and rick chocolate flavour. There is a ever-so slight drying note at the end but it is so slight I doubt most would notice it. The flavour isn’t too strong but is gorgeous and this is going to be a broad crowd pleaser and with this high a cocoa content it will be nicely low in sugar so my husband really should be choosing this as his Easter egg 🙂

What were the egglets like? They are pretty swtandard delicious, moreish Hotel Chovcolat Easter egglets. They are very moreish, quite easy to eat, have wide appeal and don’t have enough salted caramels 😉 I do love the fact that they made egglets from the chocolate of the egg itself – I think that is a special touch that really differentiates Hotel Chocolat from other chocolate companies and makes it not just a welcome addition to the high street, but a desirable one.

This egg is not an inexpensive one but at a massive 390g, so you’re going to have to attack it with a force to break the shell (careful of the egglets!) in order to break it up. Just remember to slow down and SAVOUR the amazing flavour of the chocolate!

While you can buy one of these eggs online, pop into a shop to get yourself one. The shops are beautiful and you’ll be able to try some of the chocolate in the range in the shop as well as seeing all the other Easter treats (like the salted caramel egglets!).