Announcing the Winners of the 2015 Academy of Chocolate Awards 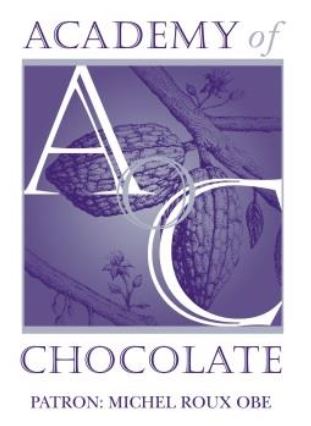 The Academy of Chocolate Awards, now taking place for the 7th time, is a highly anticipated event in the international chocolate calendar.

This year’s Awards received a record number of entries with over 500 products. As a result more judges were involved in the jury panel and the judging, which took place at Westminster Kingsway College, was extended to five days. Chaired by globally respected wine expert Charles Metcalfe, judges included chocolate experts and buyers, pastry chefs, food professionals and food journalists.

In the first clutch of Gold Awards, the Swedish chocolate maker, Åkesson’s Organic, won gold with its 100% Criollo Cocoa Madagascar in the Best Dark Chocolate Bean-to-Bar over 80%, as well as taking a Gold in the Best Dark Chocolate Bean-to-Bar under 80% category for its 75% Criollo Cocoa Madagascar. Also achieving Gold in the ‘under 80%’ Category were American chocolate makers Amano Artisan Chocolate for Ocumare 70% Dark Chocolate; and, last year’s shared Golden Bean winner, Bar au Chocolat for Dominican Republic 70%.

The new departure this year requiring ‘bean to bar’ entries to be submitted in plain unidentified 5g moulds proved a highly popular move towards increased transparency.

Newcomer to the Awards, Chika Watanabe received a Gold award for her Tajine Apricot in the Best Filled Chocolate – Spices and Herbs category. Demarquette Fine Chocolates also achieved a Gold accolade for its handcrafted Imperial China chocolate. In the Best Filled Chocolate – Alcohol category Chococo gained a Gold accolade for its Totally Twisted Nose and Hotel Chocolat was awarded Gold for its Single Malt Cardhu Whisky.

The packaging categories were certainly a welcome feast for the eyes. The judges were dazzled by the beautiful collection of Best Packaging – Bars entries, with Golds going to Beschle for its Matcha Bar –matching the green of the chocolate, Chocolate NAÏVE for Mulate Collection and Dick Taylor Craft Chocolate for Chocolate Bar Envelope. In the Best Packaging – Boxes category we received beautiful Gold award-winning entries from Dick Taylor Craft Chocolate for its Drinking Chocolate Bag, Du Jour Chocolate LTDA for Du Jour Multipurpose Cocoa Pod and Rozsavolgyi Csokolade for charming Hot Chocolate Family Packaging.

Omissions this year from regular contenders included Amedei, Paul a Young and William Curley, all of whom were invited to ‘swap places’ this year to join the judging teams. There still was a significant increase in the number of entries in the bean to bar category, indicating that more chocolate makers are entering the Awards. Entries from outside the UK equaled the number of UK entries, indicating the international recognition of the Awards.

With many thanks Westminster Kingsway College, where the judging took place with the professional help of Gary Hunter and Jesse Courtis and the team of the hospitality lecturers and students.

The Awards are managed by Silvija Davidson and Philippa Denlegh Maxwell.

The Academy of Chocolate Awards will be hosted by Nigel Barden at a party at Fortnum & Mason on Thursday 23rd April when the coveted winner of the Golden Bean will also be announced.