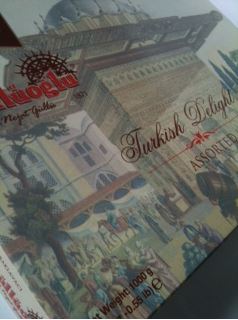 I’ve never been sent a 1kg box of Turkish Delight before and to make this even more special, this was a 1kg box of mixed flavours Turkish Delight from a Turkish company! Gulluoglu is a company that has had expertise handed down throughout generations, maintaining a tradition of producing the finest Baklava (Turkish Pastries), Lokums (Turkish Delights) and other Turkish treats.

So, there’s no way I could eat a whole kilo – even part of this box was going to defeat me. I did manage to have some of the orange and rose but I had to call in reinforcements to help me review it. I’m not the world’s biggest fan of coconut so they helped me with reviewing the coconut smothered ones plus the ones where ribbons of coconut were rolled through the whole thing.

All of these looked absolutely gorgeous. It isn’t often I think that people stray beyond the safety of the rose Turkish Delight and this certainly introduced me to how very awesome even that can be in flavour and texture.

The Orange pieces and Rose pieces were brilliantly typical Turkish Delight. Good firm but sticky texture, the flavours were perfect – well balanced, not overwhelming and not chemical. Everyone who tried some absolutely loved these flavours and as the ones without coconut, I did indulge in more than just a few.

The Cherry Sultan Delight was, according to it’s testers, absolutely perfect. With a strong cherry flavour, it was closer to a more traditional Turkish Delight but with the extra coconut. It was one of the first completely finished off.

The Pistachio Rolled Sultan Delight had real pistachios in it. The flavour was, according to the tester, mild and the pistachios really added a punch of flavour. There was nothing artificial about this at all and another was quickly pilfered. 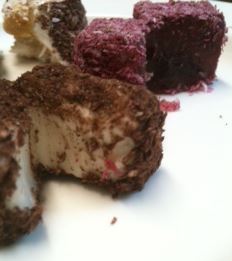 Cocoa Sultan Delight – this was apparently the perfect balance of chocolate flavour for a Turkish Delight. The cocoa powder added just the right amount of flavour which made it a light but still chocolaty delight. This was at first reluctantly received then once word spread of how good it was, it disappeared.

Walnut Milky Sultan Delight was one that lasted longest. I guess at this point the folks in the office had OD’d a bit on the other flavours but according to its taster, the flavours were natural, subtle and the walnut gave it a satisfying crunch. The coconut here was remarked on as not adding to the flavour but that was just one 🙂 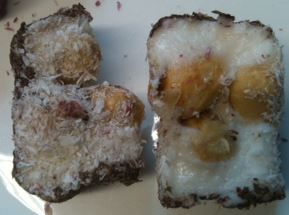 Hazelnut Rolled Sultan Delight was actually one of the more favourite ones among the office. They appreciated the crunchy nut and the mild flavour of the chewy bits 🙂 They did thing that the lack of colouring make it slightly less sexy than the cherry and other flavours but overall really liked the crunch against the chewy and mild flavouring.

Overall, this box not only wow’d the office, I know at least one of the staff has already ordered a smaller box/bag. The Turkish delight is available by the piece by mail order so you don’t have to go for a whole kilo all at once. You can keep this for a little while but I found that while I had it around it was difficult to stop eating it. The rose was just too delicious.

You can follow in the footsteps of the Beyond office and order some of your own ON THEIR WEBSITE HERE.