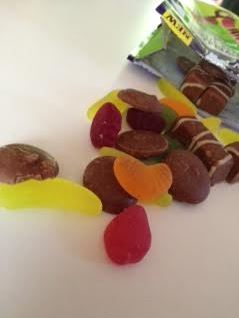 The Maynards actually was a bag of wine gums and chocolate buttons (including caramel ones) and some chocolate covered fudge bits. I do love wine gums and to be able to buy a bag which has a few wine gums, some chocolate and some fudge meant that I could have something different depending on my mood. It’s colourful fin and for kids, perfect for fussy eaters – they can choose whatever they want. I’ll take the purple ones. 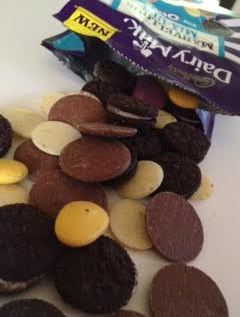 Overall both the bags are a bit of fun and might be nice to pick up on the supermarket shelf if you’re looking for something a bit different.