Now, when I went to Carluccio’s to buy some goodies for Christmas I decided to try some new things and one of the new chocolate things was the chocolate coated biscuits I found.

Now, I don’t expect chocolate excellence but given that the large version of the chocolate panettone is nice, I thought I’d give them a chance. 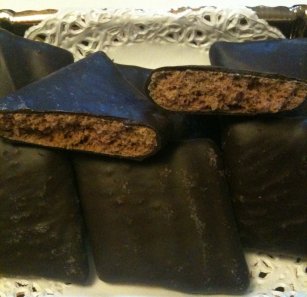 Also, despite the claim on the packet that they were cinnamon cookies, they had an odd flavour.  I am sure that perhaps they are an acquired taste and that I’d need to take some time to learn to like them but as it stands right now, I’ll stick with the large chocolate panettone.