Hotelympia – Where Everything Comes together 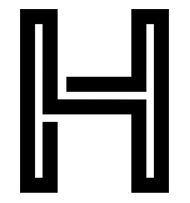 It was in a single massive space but this year’s Hotelympia at the Excel center was a brilliant opportunity to find everything in one place. Whether it was cutlery or sugarcraft, equipment or food, this expo had it all.

In addition to the stands which had everything from Nespresso to waffles on a stick, there were also competitions for the various chefs and theaters where experts gave talks. One of the most interesting sessions was in the beverages theater on taste and smell. Kim Lahiri had us smelling everything from freshly mown grass to mixed dried fruit to toffee to (apparently) cat scenting. It was interesting, if a little weird as I kept having trouble identifying smells. Could have been the smokers nearby, could have been dehydration :-/

Beyond the education was also row upon row of the most beautifully artistic sugarcraft, chocolate, cake and butter/fat that you could imagine. From mini macarons with little spun sugar spirals on them to magnificent wedding cakes with accompanying edible bridal bouquet. These were all entered into a competition and the display pieces had all won awards. Absolutely stunning and a beautiful example of the art of being a chef.

Of course, this was a trade show and so there were hundreds of stands. I stuck to the food & drink section, reconnecting with Joe & Seph’s but also discovering Lewis of London ice cream, Kent Crisps, and the new Purbeck salted caramel ice cream. Most interesting of all is probably that buffalo milk ice cream doesn’t taste at all like what I expected. I had assumed it would have a funny flavour but it didn’t and I was genuinely surprised by that.

As it only happens once every two years you’ll need to wait for 2016 but the Hospitality Show is happening in 2015 and before then there is Speciality Food in 2014 for those focused specifically on food.