After sampling the delights of the Great British Tours chocolate version I was invited to try any edition of the Chocolate Tours run by Jennifer Earle (ChocolateTours or ChocolateGuide on Twitter). Her tours are quite different from the Great British tours in that they are more designed for the true chocolate fan rather than the tourist visiting London who simply wants to find a lot of shops in a single hit. Both are great and both are complimentary but both are different as well.

Interestingly the day I chose to do the tour I found myself running the gauntlet of squeeling young women with mostly naked (but for a pair of underwear) throwing underwear at them. While I’m not usually one to shy away from naked men throwing clothing at me, I was late for the start and had to run while being pelted with pants.

Starting at Smash, a place I had been meaning to visit for ages but just never had the time, we started with an introduction around where I had to admit that not only was I a massive fan of chocolate but I was actually there to review the tour.  We then had a talk about the various different types of chocolates (ganache, pralines, caramels, etc) and then had a lovely hot chocolate in a china tea cup and saucer with an apple pastry. We toured the Smash facility (well worth a look if only for the very Woody Allen egg toilet cubicles) before moving on to our next destimation. 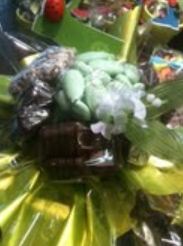 At Jeff deBruges we had a very long talk through pretty much all the chocolates on offer and just about everyone bought something. Even I bought some chocolate but I was preparing for a visit home so there were chocolate covered marshmallow bears I bought, chocolate lollipops (well, hot chocolate sticks but to a kit, they are chocolate lollipops), some ganaches and more. I think I emerged with the biggest bag and then we got to try their ice cream. I have to say, at this point I’m going to go all fan girl.

The speculoos ice cream was absolutely divine. I’m wheat intolerant and the heart burn it gives me is so painful I often take pain pills and it has sent my back into spasm. All sorts goes wrong if I eat wheat so although I absolutely love speculoos cookies, I am, sadly, unable to eat many. This ice cream fills the gap. OMG this was just like a speculoos orgasm in an ice cream. Gorgeous texture, perfect flavour and just amazing. I thought it couldn’t get any better and they let me try pistachio. Now, I’m picky about pistachio but this one was just amazing – fully flavoured with flavourful pieces of nut in it. Not my favourite ice cream flavour but a far superior rendition to anything I’ve tried. WOW. 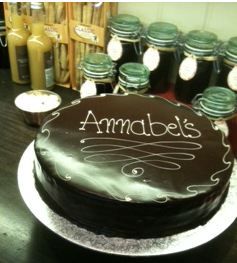 On we travelled to the Mission Hill Deli (the tour no longer stops here but does take in another stop) where we had a talk about Original Beans and got to try come of the chocolate along with the best cake I have ever eaten. OMG that was some awesome cake. Called “Annabel’s” it is apparently made for a private members club. I love the Cru Virunga from Original Beans and bought 2 of the only 2 bars they had for sale. I love that Original Beans chocolate not just for the replanting of trees ethic but because the chocolate they make is superior. I also bought some freshly made doughnuts for my husband and we went on to the next venue. 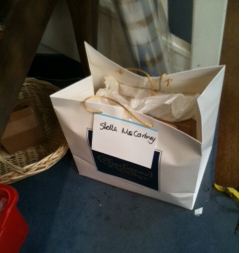 Charbonnel at Walker have been around forever it seems and actually it is the oldest chocolate shop in London if I recall what we were told correctly. They have very popular chocolates which are loved by royalty (they have a royal warrant) and celebrities and we got to try a few. We got a chance to shop around and I selected a custom box for my stepmother and a trio of champagne truffles in boxes for my aunt. This was a brilliant stop and while it is no William Curley or Paul A Young it does have a great selection. 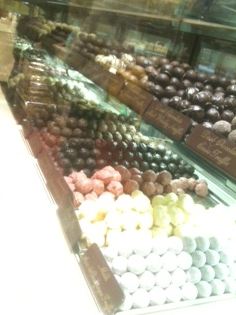 Our next stop was Fortnum & Mason where they had a huge array of chocolates on offer and is also an awesome place to stop for the loo. There are a *lot* of chocolate shops in the area, including ones who aren’t as friendly towards tours and people spending money as others but we went to the places where the staff were happy to help us buy things. I still haven’t been able to buy cobnut nougat covered in chocolate. The cobnut is a native British hazelnut. My stepmother and dad loved the Demarquette offering but I wanted to buy more of the nougat. Damn. On to the next stop… 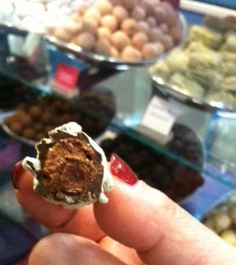 Prestat has the most beautiful boxes and I had the chance to try a few chocolates in here so I decided to be daring. I already know I like the earl grey milk chocolate wafers so I tried a matcha truffle. Weird and wonderful and probably not something I’d buy a lot of. There were a number of people buying and after everyone bought their bags of goodies, we parted ways.

All in all an educational day with a lot of information, help finding our favourite chocolates and lots of opportunities to buy chocs. There is another tour which is even more educational where you are led through a full chocolate tasting to learn about how to taste chocolate and taste the difference. Brilliant tour and amazing overall experience!