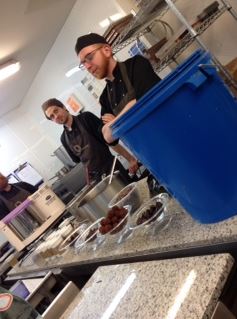 On March 19th, 2014 for what seems to be the first time ever (except maybe by accident), Paul A Young launched his exclusive Whole Bean Bar chocolate in bar and truffle form. 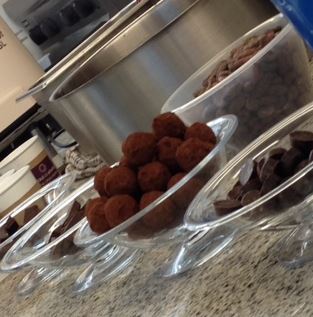 Created from Menakao beans from Madagascar, Paul is roasing the beans in his pastry oven and while they are warm, blitzing them in a KitchenAid blender before putting them into a table top mélangeur. Where other makers go through the time consuming process of shelling every bean, Paul has once again demonstrated his unique experimental approach by developing a chocolate bar that bypasses this process and avoids waste. The results are two intoxicating, soft fruited chocolate bars with a distinct acidity and a unique nutty, toasted flavour which is characteristic of the outer shell of the bean. 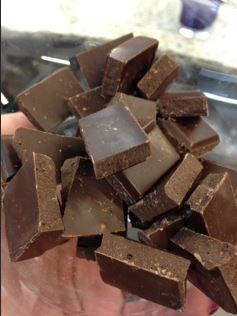 It was a unique taste experience. I do have to admit, I liked the 73% more than the 64%. It seemed as though it was a bit smoother whereas the 64% was a bit rougher but each was absolutely unique. It was sharply acidic immediately, with strong toasted flavour from the shell. The key was that the beans were not over-roasted and so the beautiful fruitiness is preserved through the chocolate.

I have to admit that the coarse texture was not my favourite mouth-feel experience. Where I usually let the chocolate melt in my mouth, this was better being chewed. The intensity of the acidity in the bean comes through in both the 64% and the 73% quite intensely and it may be a bit too much for many people. It hits you in the face – much like being slapped with a wet fish – and runs away. So the finish is really fast. 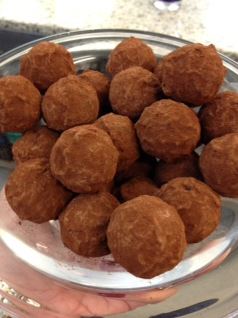 The truffle, after the intensity of the higher cocoa content chocolate was quite sweet but it was an interesting flavour. The ganache was wet inside the shell, very pleasant, fruity and intense but sweet. The mouth-feel is extremely smooth in the truffle, as opposed to the more rustic bar. 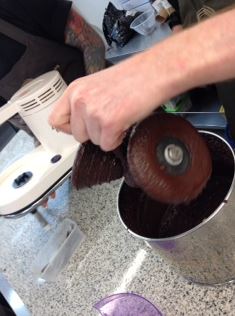 Overall, Paul A Young has innovated yet again with his whole bean chocolate. Going from bean to bar but including the husk/shell is a new way of doing things, as well as thinking about things. It is a great first step by Paul towards working with more farmers, paying more for beans, making chocolate from the bean and controlling taste and quality. Going from bean to bar to ganache just became a reality at Paul A Young. 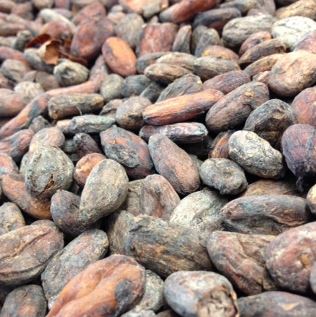 Go on – try some! It’s available at all his shops (sorry – only in London).