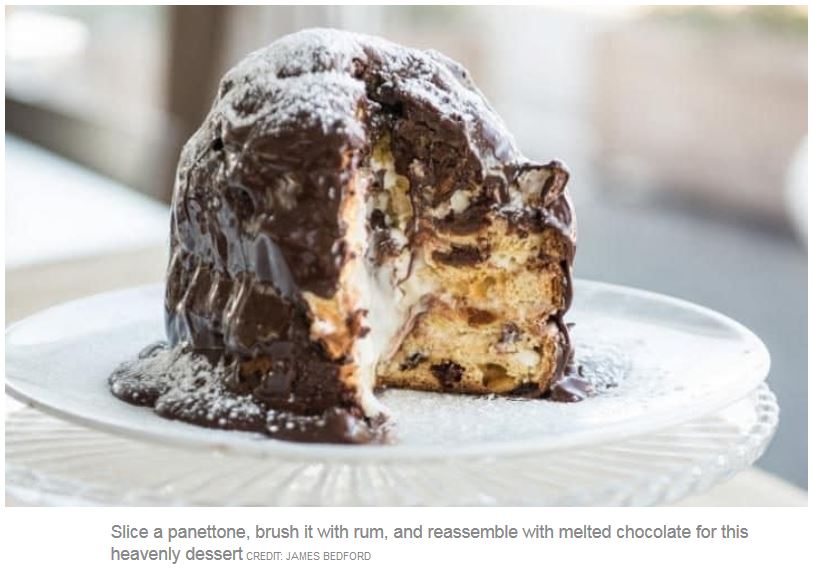 You can brush the panettone slices with a rum syrup before assembly, if you like and really most of us would like 😉 Enjoy this twist on a traditional panettone and make your guests green with envy. This can also be used as a way to reanimate (so to speak) a panettone that might be a bit dry.
SERVES 6

Warm 150ml of the double cream in a pan. Don’t allow it to boil because this will change the way the cream behaves.

Add the white chocolate to the hot double cream and stir until melted. Allow to cool slightly.

Repeatthe process of warming and melting in a separate pan with the remaining cream and the dark chocolate.

If you want to add a rum syrup, warm 100ml water in a pan. Add the sugar and heat, stirring, until it dissolves completely.

Allow to cool and stir in the rum. Brush each slice of panettone with the syrup.

Reassemble the panettone, spreading the white-chocolate ganache between the slices.

Cover the whole loaf with the dark-chocolate ganache and allow to set.