5 Normandy Food Festivals to Feast on This Autumn 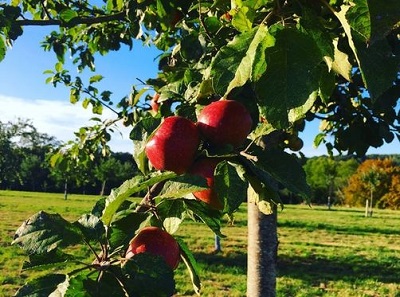 Normandy is apparently a food lover’s paradise, particularly in autumn. I’m all for indulging in city breaks but something the most fun can be had by heading outside the city and into the towns in the countryside which produce some of the best food around. Surely that’s worth a trip outside the heart of the capitol> So why not hop across the Channel and visit some of the foodie festivals taking place across the Normandy region? From cheese and seafood to the iconic apple Of which we have plenty here in the UK but scroll down and you’ll see who I think it’d be fun to go for the cider festival), here are five Norman festivals not to be missed this year: 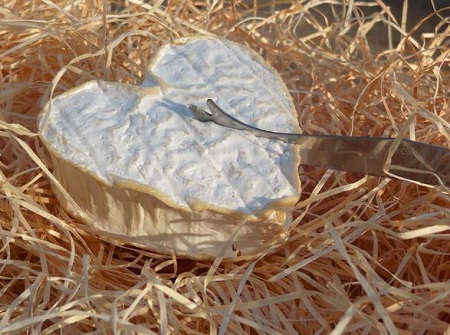 Neufchatel is the oldest of Normandy’s four cheeses and is easy to identify – it’s the heart-shaped one! Legend has it that during the Hundred Years War between France and England, Norman girls would give English soldiers Neufchatel as a token of their affection. To celebrate their rich, creamy cheese, the town of Neufchatel-en-Bray, 45 minutes inland from the port of Dieppe, created its very own cheese festival. The event makes for a fun day out where the family can pick up Neufchatel recipes, go for a tasting or two, buy local products at the market and enjoy entertainment galore. There will also be a Neufchatel-themed evening meal followed by music and dancing.Come on – CHEESE! It’s totaly worth the trip for an amazing cheese festival – and one likely organised much better than the UK one we probably all know about…

For more information, visit: http://bit.ly/NeufchatelFeteDuFromage (sadly in French but that’s what the translate function in Chrome is for!) 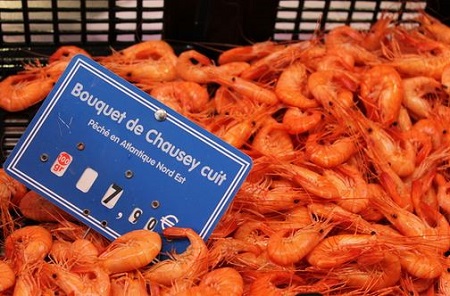 Just an hour away from the Mont-Saint-Michel, Granville is France’s number one shellfish port and is known to the French as “the Monaco of the North”. Its popular seafood festival, Toute la Mer sur un Plateau (The Whole Sea on a Plate), attracts around 55,000 visitors a year, and no less than 16 tonnes of seafood are brought fresh off the fishing boats for the occasion. SIXTEEN TONNES OF SEAFOOD!!!! The festival boasts markets, pop-up seafood restaurants, cooking demos, free tastings, folk music and entertainment for all the family. 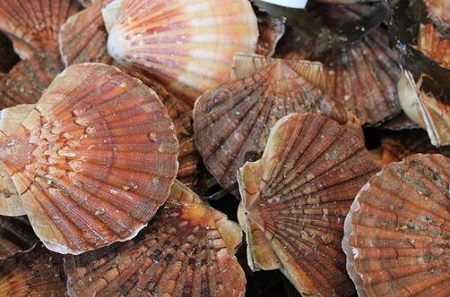 Seafood fans won’t want to miss Viller-sur-Mer’s annual Scallop and Seafood Festival, which takes place a mere 20-minute drive along the coast east of Ouistreham. Enjoy a day at the seaside with a difference, tasting and learning about seafood, in particular the town’s renowned coquilles Saint-Jacques [scallops] from the region’s leading chefs. Stroll through market stalls run by local fishermen selling their wares, listen to live music and entertainment for all the family, and pick up tasty local products to take home. 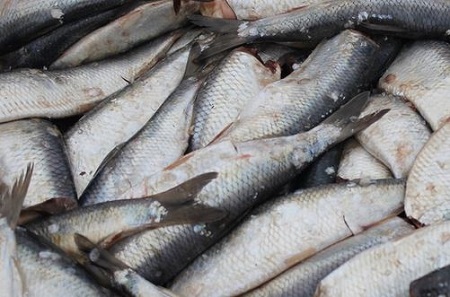 An hour’s drive inland from the port of Le Havre, Lieurey welcomes 10,000 visitors each year to its popular herring fair. This tradition dates back to the 15th century when merchants delivering herrings to soldiers stopped in the village during a snowstorm, and decided to sell the fish to the villagers so it wouldn’t go to waste. Every year, horse-drawn carriages bring kilos of herring to Lieurey to commemorate what happened centuries ago. Activities include a herring contest, stalls selling herring-themed treats, cooking demonstrations, family rides in a horse-drawn carriage and pony rides for the children. 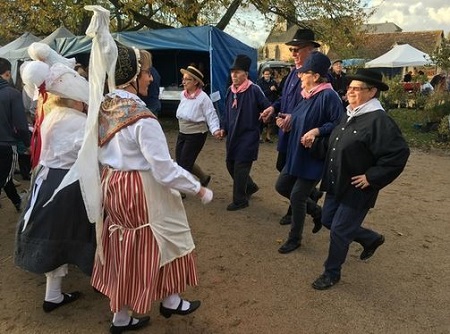 An hour south of Ouistreham, the village of Le Sap’s annual cider festival celebrates the ancient art of cider making and the traditional practice of using a working horse to power the apple press, demonstrations of which take place at regular times over the two days. There’s a great atmosphere, with music, dancing, pony rides for the children, and market stalls selling local products. THEY HAVE MORRIS DANCERS only they aren’t called Morris dancers butthey look just like them and they are dancing for the cider and apples and well, you just gotta go and see what cider is like on the other side of the Channel. In addition to your freshly pressed cider, you can also enjoy a baguette with your favourite Norman cheese or an apple tart.